The state of global FinTech VC is subject to continuous debate. While international data points for 2017 are not yet out, we review the German numbers below: 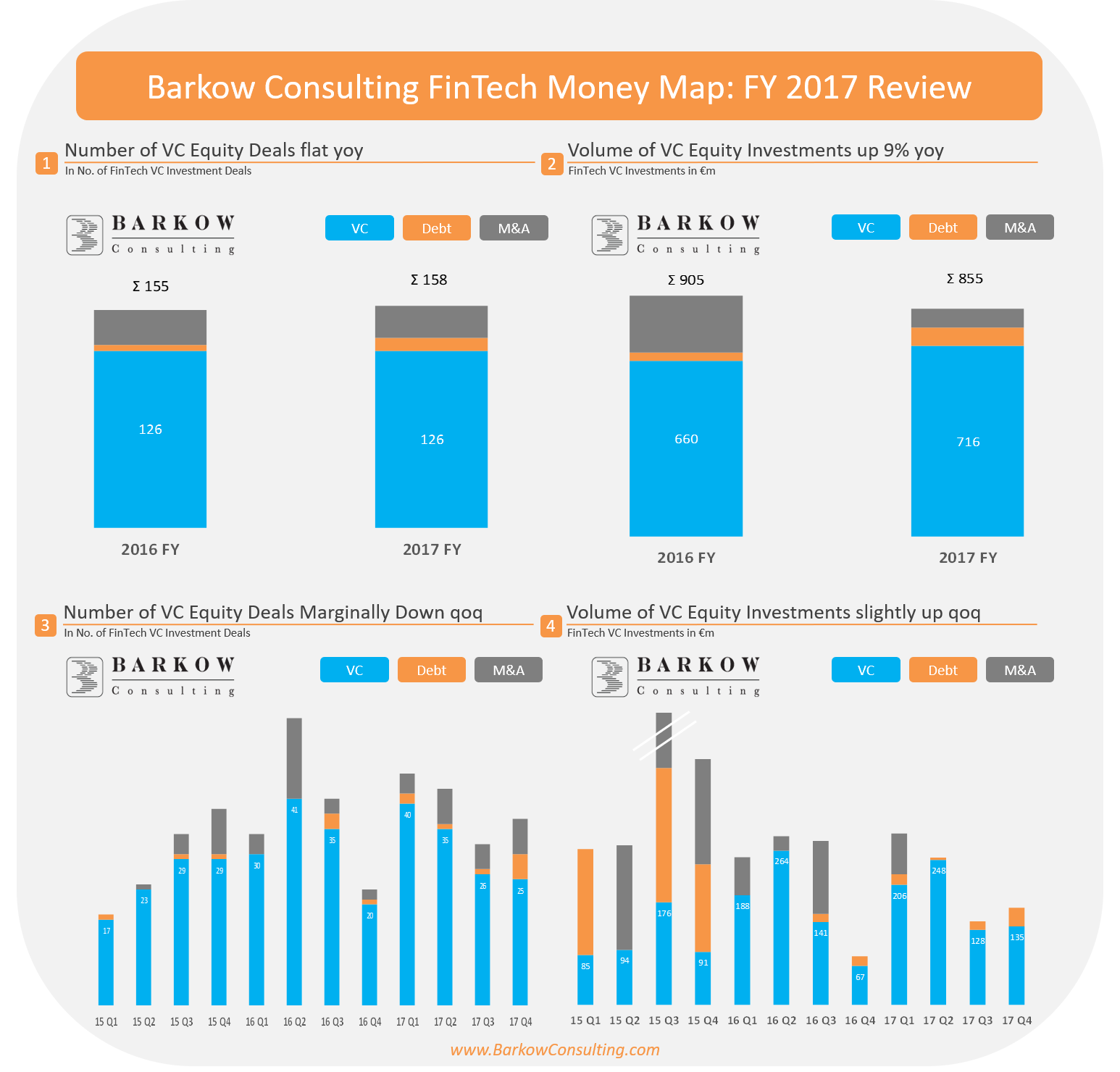