How FinTech-Friendly Should a Regulator Be?

The debate about the relation between regulators and startups continues for as long as the term FinTech exists. It probably has even started before.

And the UK does seem to have a very different view on this than Germany. For instance, the UK regulator has launched plans to introduce an innovation friendly regulatory ‘Sandbox’ for young FinTech talent.

This very Sandbox was also subject of big debate at the recent World Economic Forum in Davos. Paypal CEO Dan Schulman was very upfront in demanding „… some sort of a sandbox concept.“ He was, however, countered by Christine Lagarde of the International Monetary Fund saying that „… a sandbox must not become a whole courtyard.“

German Regulator: No Sandbox on the Cards!

The German regulator, on the other hand, has often rightly or wrongly been criticised for being too slow and for a lack of technical understanding.

In his new year speech BaFin president Felix Hufeld has now publicly ruled out lighter regulation in the sense of a sandbox concept, which stirred up yet another debate in the German FinTech sector.

BaFin Wants to Improve Communications! How About Using Twitter?

A very efficient way to improve communications with German FinTech startups would, in our view, be using Twitter. Unfortunately, the twitter handle @bafin was already taken in 1999 by Mahsa Mahsaii. Despite not having sent a single Tweet since then, Mahsa has already two! followers. Admittedly, this still looks light compared to the UK regulator (The Financial Conduct Authority, Twitter: @TheFCA) with 26k followers.

Barkow Consulting (@BarkowConsult) has now decided to lend a hand. We have invested substantial research capacity and finally identified the ideal twitter handle for the BaFin:

In order to avoid Mahsa snapping this account too, we have reserved BaFin’s new twitter handle right away.

We will transfer the twitter handle @BaFinSandbox to BaFin as soon as we find out, who is in charge.

We are sure, BaFin will be very pleased with a twitter handle, which is already loaded with followers. 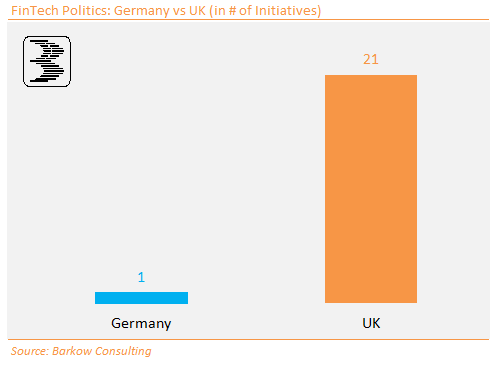