It’s been a while, that we have put out our initial deep dive into global FinTech unicorns comparing them to German listed banks in August 2015.

We have now updated our analysis and the results are even more striking than before:
– Paypal alone is now priced higher than top 5 listed German banks together (Chart 2)
– Top 5 unicorns have extended their lead over 5 big listed German banks substantially (Chart 2) …
– … driven by the decline in German banks’ share prices
– PayPal is now worth as much as the next 9 unicorns together (previously 8)
– Valuations of publicly listed FinTech unicorns (e. g. LendingClub, square, zillow) have declined, in parts substantially
– Private valuations tend to lag capital markets and could follow suit
– With Powa Technologies one unicorn passed away 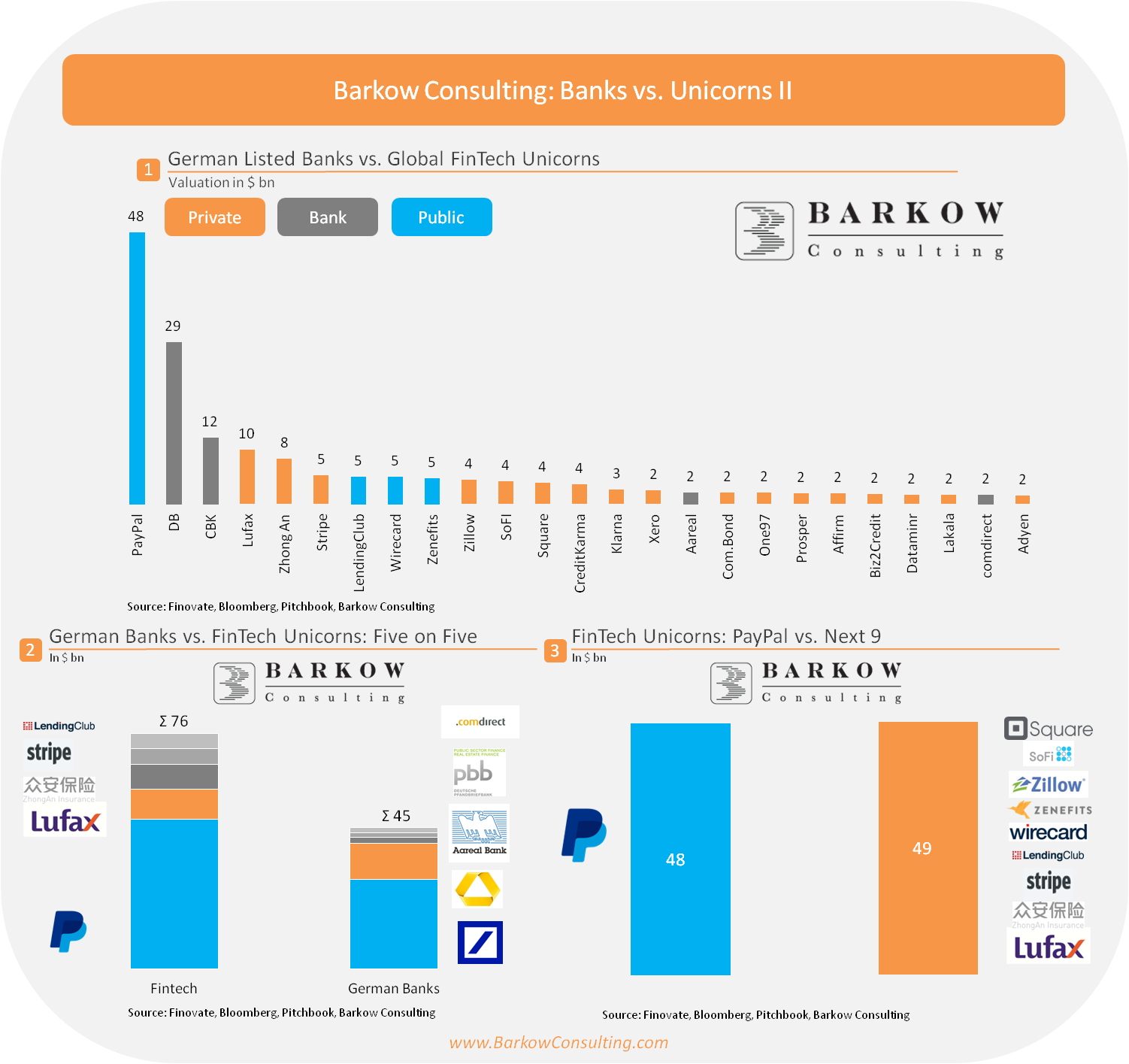