The European Banking Authority (EBA) has just provided us with data about High Earners in European banking for 2015. A High Earner according to EBA is a banker making at least €1m per year. It is irrespective, whether compensation comes in the form of base salary or bonus, is deferred, in stock or cash.

The data set was so appealing, we had to cut our analytical teeth into it: 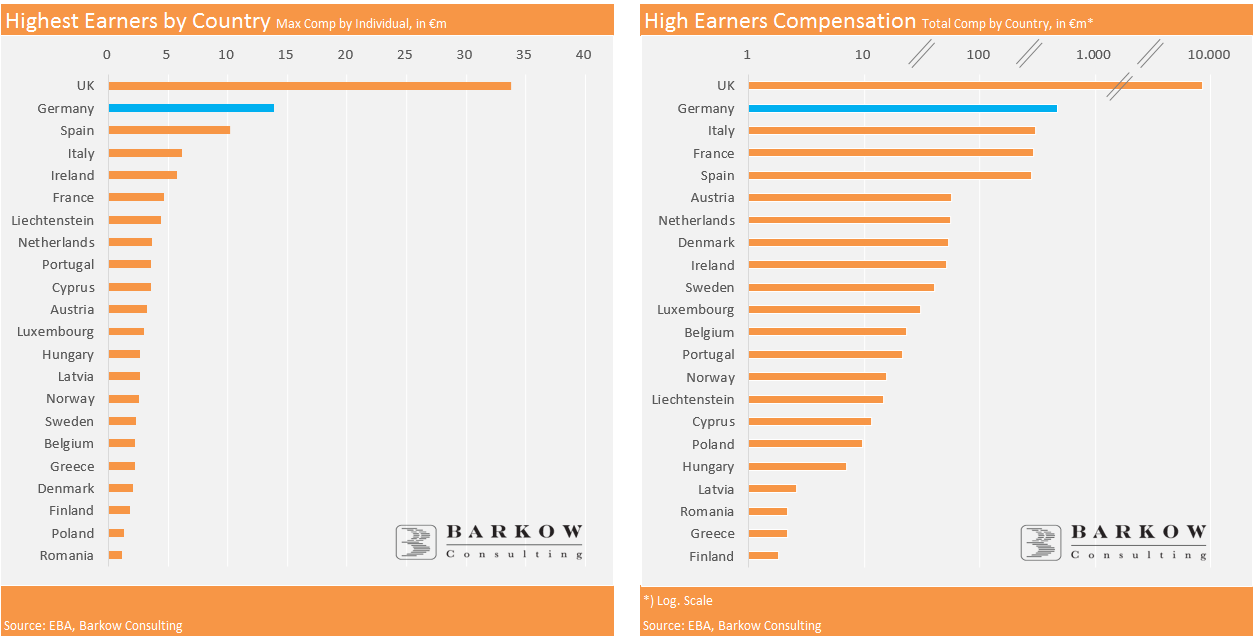