Conventional wisdom holds that US and Asia are storming ahead in FinTech and Europe is falling behind. This seems to have changed in 2017. European FinTech VC growth will by far outpace Asia and the US. In 2017 Europe will almost double its share among Top 3 regions inlcuding US and Asia to 23%.

Please refer to earlier research as to why VC matters to measure startup trends and hubs.

The UK is by far the most important driver of this Euroean FinTech VC frenzy with investments expected to treble yoy. This is partly due to a very slow 2016, where Brexit uncertainty seems to have taken its toll. 2017, however, has more than made up for this. In UK FinTech VC Brexit seems a done deal already and investors have apparently overcome their worries.

More Smoke than Fire in Germany?

Though hitting a new record in 2017, German FinTech VC, however, seems to be falling behind with a yoy growth rate likely to remain in the single digits. German FinTech investment growth counted in EURO is expected to be even lower at only 5%. This puts Germany at the very low end of all monitored regions/countries together with Asia. The latter had to compensate largest ever FinTech funding round (Ant Financial $4.5bn), which closed in 2016.

Germany’s particular weakness are large deals , which alone accounts for a gap of €0.8bn for top 10 funding rounds compared to the UK in 2017. This explains 80% of total FinTech funding gap versus the UK for 2017. In other words, German top 10 deals receive on average €80m less in funding than british top deals.

We have written about (the lack of) large VC deals in Germany more generally HERE. 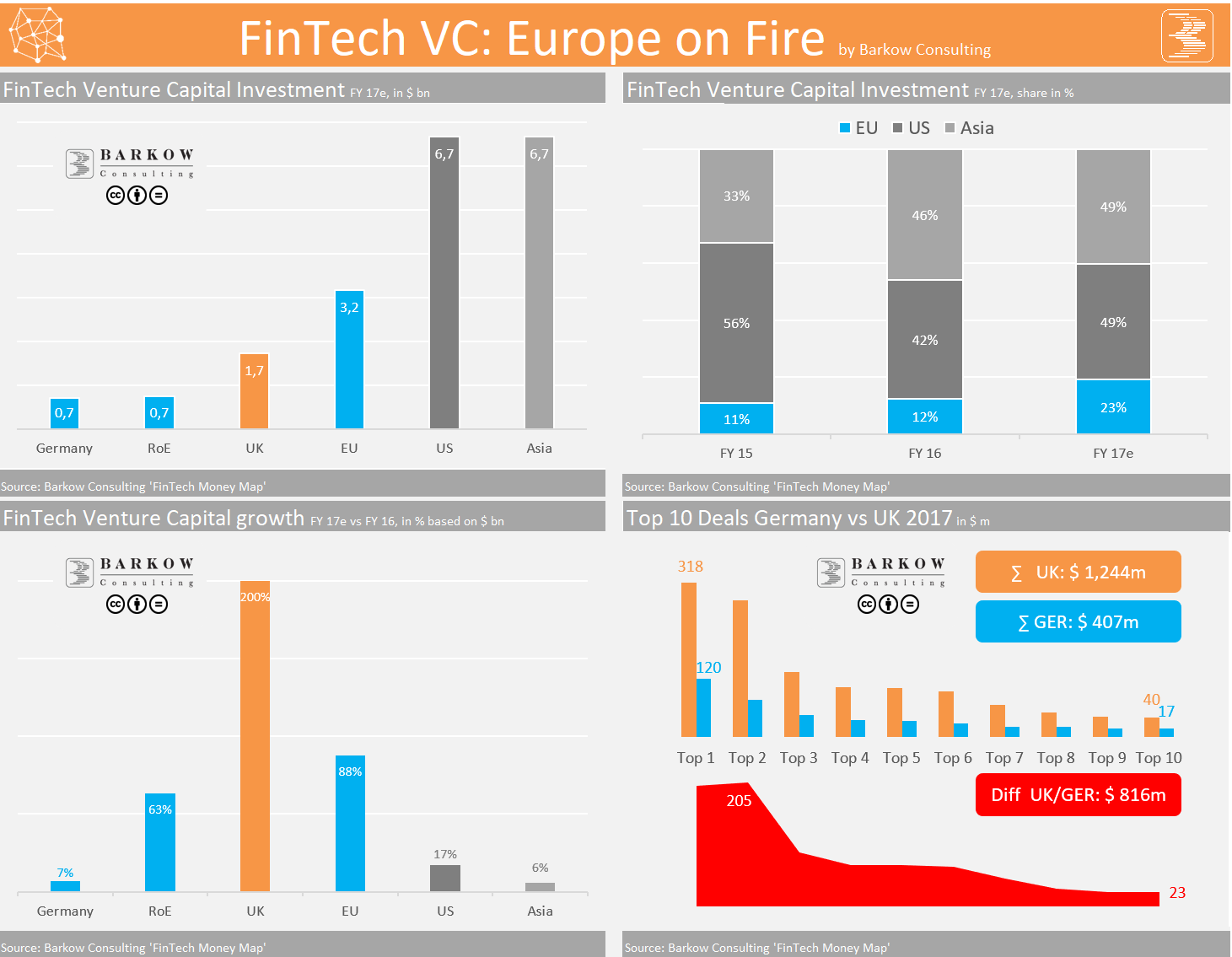