German FinTech Regions: Where Is the Influence? 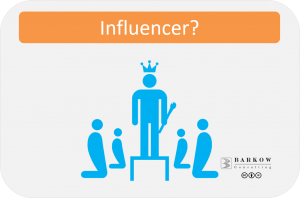 There is ongoing debate as to what an influencer is and what role he plays. Chris Gledhill, himself a leading voice and influencer in global FinTech has written extensively about the latter HERE.

Influencers frequently appear on rankings, which themselves seem to have the power to establish influencers. Examples of FinTech influencer rankings are onalytica, Jay Palter or FinTech Switzerland for Germany and DACH. Rankings use different measures of influence such as simple follower numbers, KLOUT score or other things. They are almost exclusively focussed on social media explaining why CEOs of large companies frequently do not feature on them.

As all rankings contain a certain black box element for outsiders, they are frequently subject to criticism. A recent example by Jochen Siegert from German blog PaymentandBanking can be found HERE.

Our approach to influencer rankings is fairly streight forward:

Rankings, that have us at the top, are obviously correct and important. Other rankings are categorically ignored by us…

Beyond criticism, of course, is our own FinTech list, which pioneered a collection of Female FinTech Influencers in the DACH region. The list was so good it created a prominent follower itself ;)

Based on FinTech Switzerlands May list, we have analysed the regional distribution of German influence(rs). Therefore, we have established four regions:

In our definition „+“ means an area of roughly a one hours car drive.

The chart below to the left is a simple addition of influencers. The results are already surprising:

This is like roughly the FinTech Ranking according to number of start ups and venture capital investments put upside down.

Accounting for degree of influence (meaning multiplying with indiviudal KLOUT scores) in the right chart, the picture does not change much. The difference between Frankfurt +  and Berlin becomes slightly larger and Dusseldorf + secures a well deserved sole second spot ;)