FinTech VC: A Tale of Many Stories

The state of (global) FinTech VC has been subject to controversial debate for a while and we have continuously written about it. H2 2016 was weak globally and Q4 2016 was the weakest quarter in Germany for quite a while. Actually it was very, very weak.

There are not a lot of global data points out yet for the global sector in FY2017. A part from anecdotal evidence, there is FT Partners Q1 data, which indicates a very weak start to the year. According to their data global FinTech VC funding volume is down more than 50% yoy in Q1 2017. Number of deals is down 21%. But that is probably not yet enough to hang your hat on…

We were severly concerned about the state of FinTech VC in Germany three months ago, when we had to report a relatively weak quarter. Our hope was that a lot of deals would have been pushed into Q1. And this is exactly what happened: 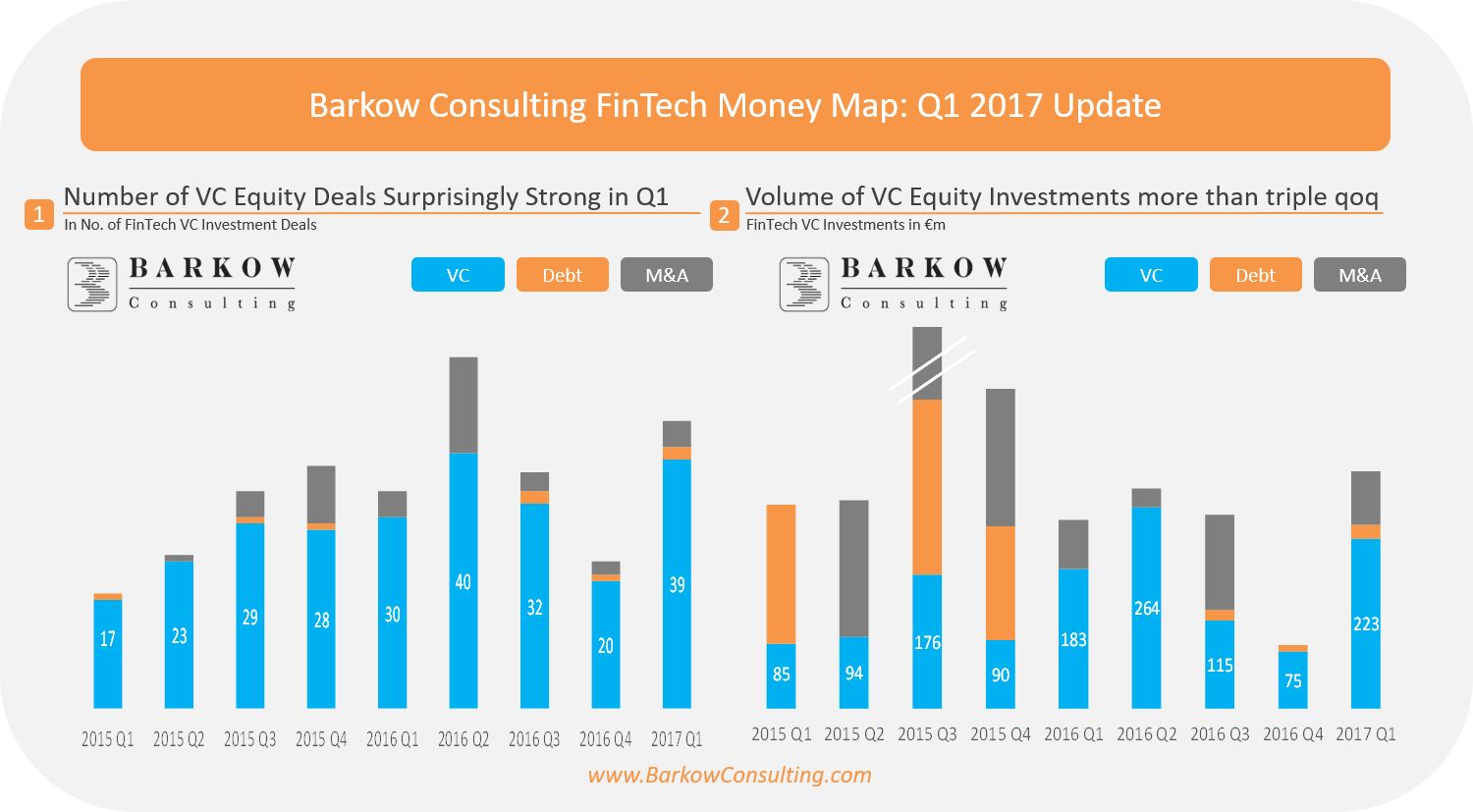