We have untertaken a deep dive into the fascinating world of unicorns (startups with a valuation of at least $1bn). Once a mystical species and considered extinct, they started breeding again after the financial crisis in 2008.

This is Where They Stand in 10 Facts: 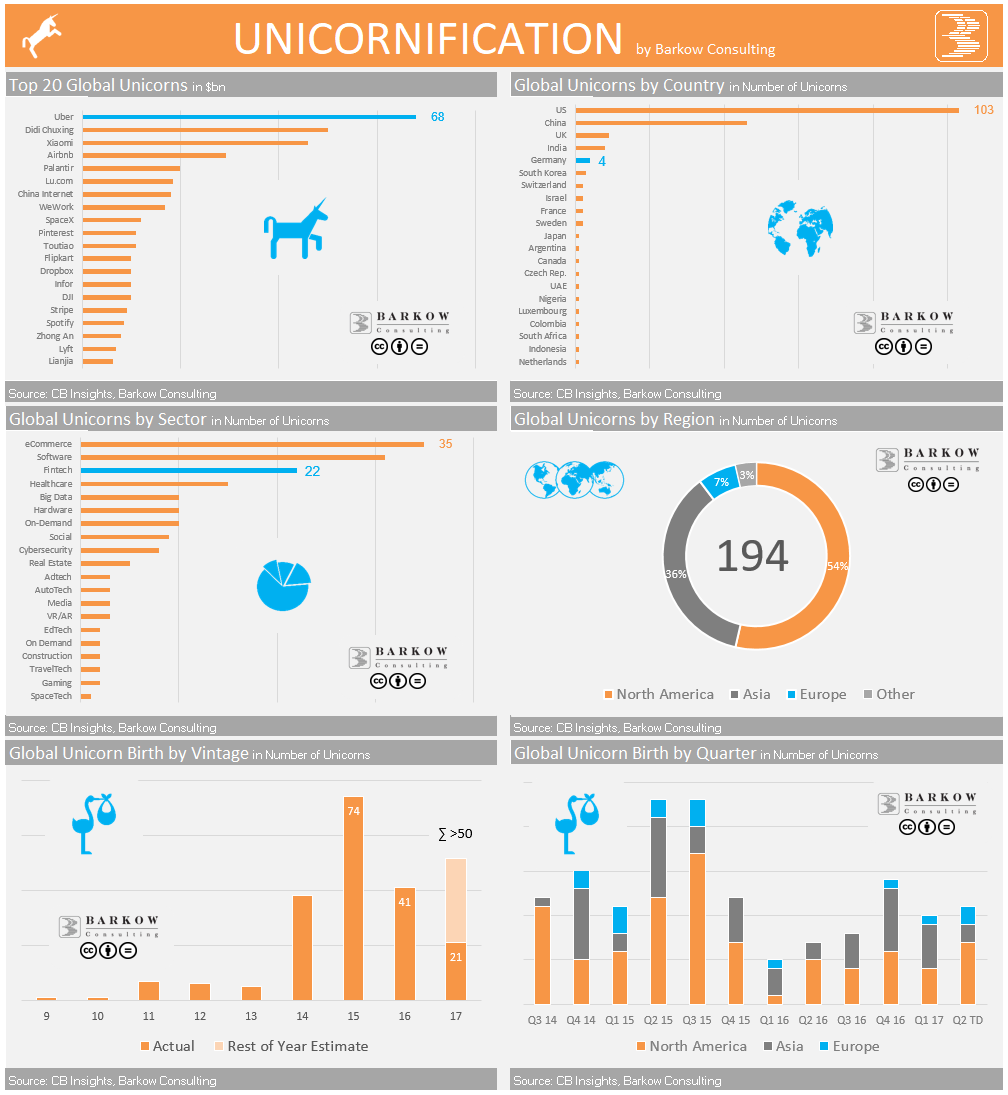