IPO Boom in Germany or IPO Boom without Germany?

There has been a lot of talk about a German IPO boom recently and there is little doubt that IPO markets internationally are on fire. In addition, it cannot be disputed that quite a few German companies plan their listing short to medium term. In this respect an increase over last years six IPOs in Germany is very likely indeed.

We are not sure if the above numbers support the stance of a German IPO boom stance yet. Despite the wobbles of recent issues we remain hopeful for the future, however (as usual …). 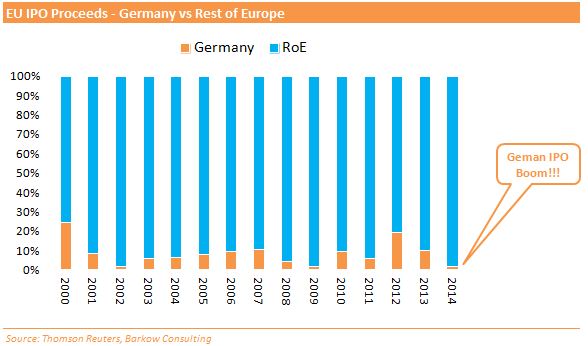