How Low Do We Go? FinTech Money Map Q4 Update

The state of (global) FinTech VC has been subject to controversial debate for a while. We have recently looked into the first data points for FY2016 of the global FinTech sector. After a severe slowdown in Q3 the final quarter of 2016 seemed slightly more encouraging again. But this is an initial analysis and needs to be treated with care: It is based on one data provider only. Experience tells, that results of different data sources can vary substantially and even be contradictory.

BC FinTech Money Map Update: Where Do We Currently Stand in Germany?

Below we share results for the German FinTech VC in FY 2016 and Q4 using our proprietary Barkow Consulting FinTech Money Map database:

No doubt: 2016 ended on a weak note. There was talk about a slowdown in (FinTech) VC since the end of 2015 already. And it is no surprise, that talk needs some time to filter through to statistics. Closing a funding round can take up to 6 months, in some occasions even longer.

How Bad Is It Really?

For the time being, we see some mitigating factors to weak Q4 numbers:

In a nutshell: We don’t think it is too bad… 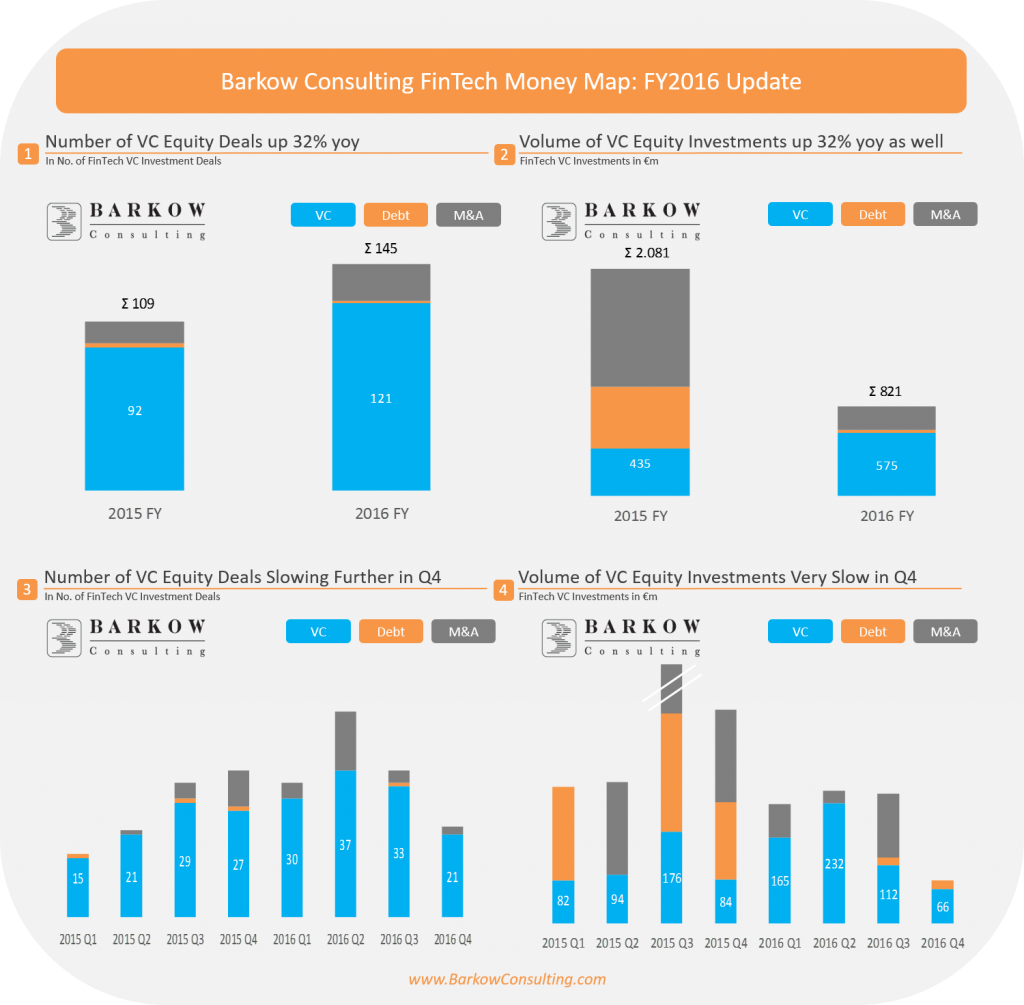