In order to successfully raise large VC rounds of more than US$100m, in the US also referred to as Private IPO, (FinTech) startups need to win over US investors. Recent research has shown that European late stage funding rounds that involved US investors were on average 5x as high as non US investor rounds.

Thus, involvement of US investors in funding strategies seems crucial in order to stay competitive at global scale. AND: The later the stage, the more important US investors become.

Who are the leading (US) FinTech investors?

Barkow Consulting has now identified globally leading FinTech investors, most of which are indeed US based. We have gone through publicly available databases, double checked with websites from companies and venture capitalists etc. Finally, we have complemented our analysis with third party research and skimmed trough press announcements. Despite all efforts, we are aware that our ranking is not and will probably never be complete.

However, we are confident that our data base is fairly representative.

Thus, we feel comfortable of introducing the FinTech Club of 20. We have included any VC or corporation, that has invested in at least 20 FinTech startups globally since 2009.

We have not considered pure play accelerators such as FinTech innovation or Startupbootcamp, some of which might have higher numbers of FinTech investments due to their specific high speed, mass volume and low investment approach.

Even without accelerators the FinTech Club of 20 is currently 29 members strong.

We draw the following conclusions:

– Google Ventures is the most prominent member of the club with 38 FinTech investments on our count. Google Capital would add at least another four investments

– Traditional VCs hold more than 74% membership share, followed by payments (10%), tech companies (9%) as well as banks (7%). All percentages are calculated based on number of FinTech investments

– Stripe has attracted investments from seven Club of 20 members, Funders Club from six and iZettle, robinhood, Upstart and coinbase from five Co20 investors each

Please click two times on below infographic to enlarge: 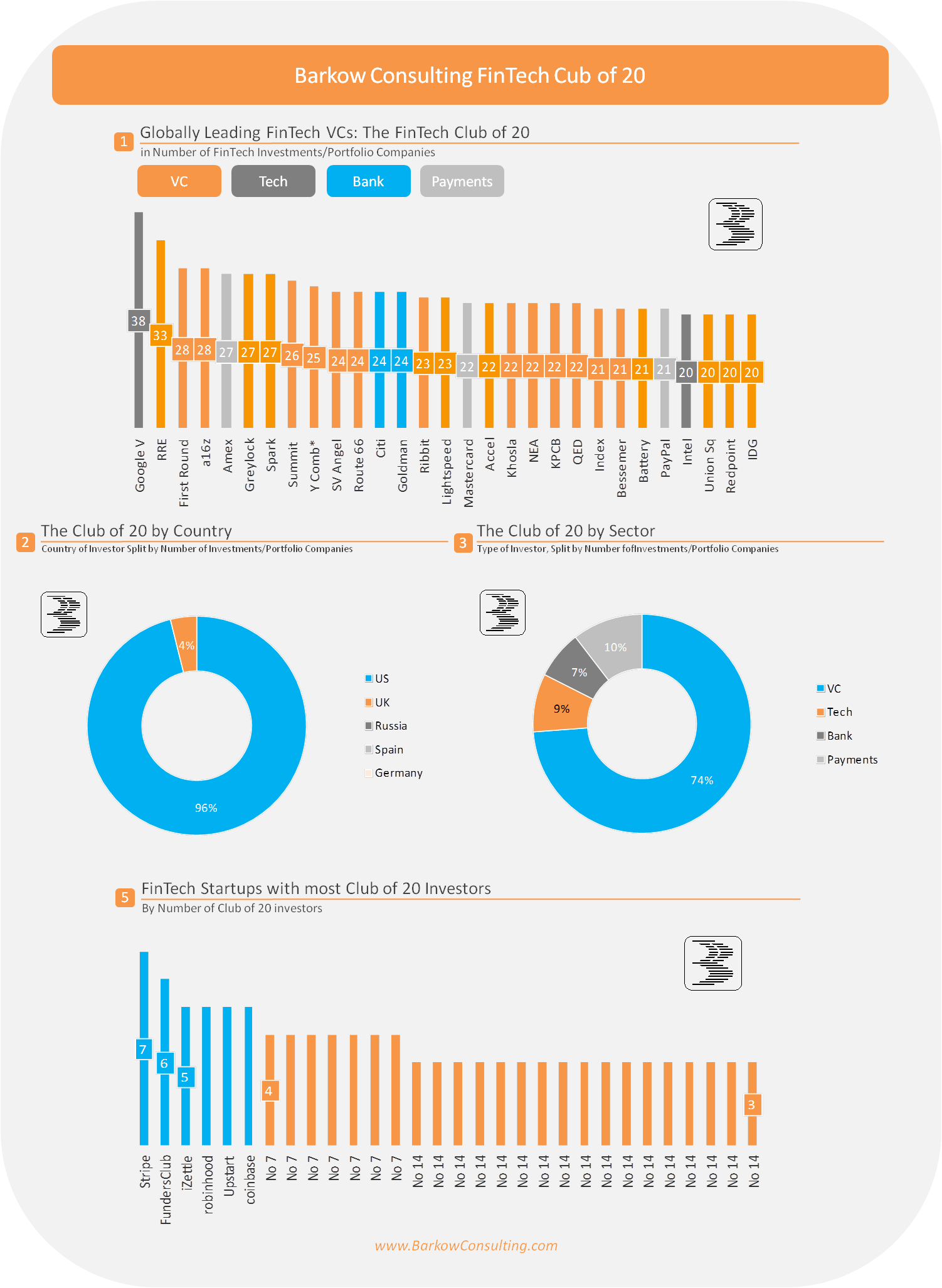